This bathhouse is an exploration of experiential sequences a visitor takes throughout a structure’s parti. Its structure is a reflection on the verticality of the New Hampshire forest where it resides. The entryway, changing rooms, and three baths (quite unrealistically) nestle inside the forest of pillars, floating above the forest floor and causing the internal relationships of the structure to become truly three-dimensional. 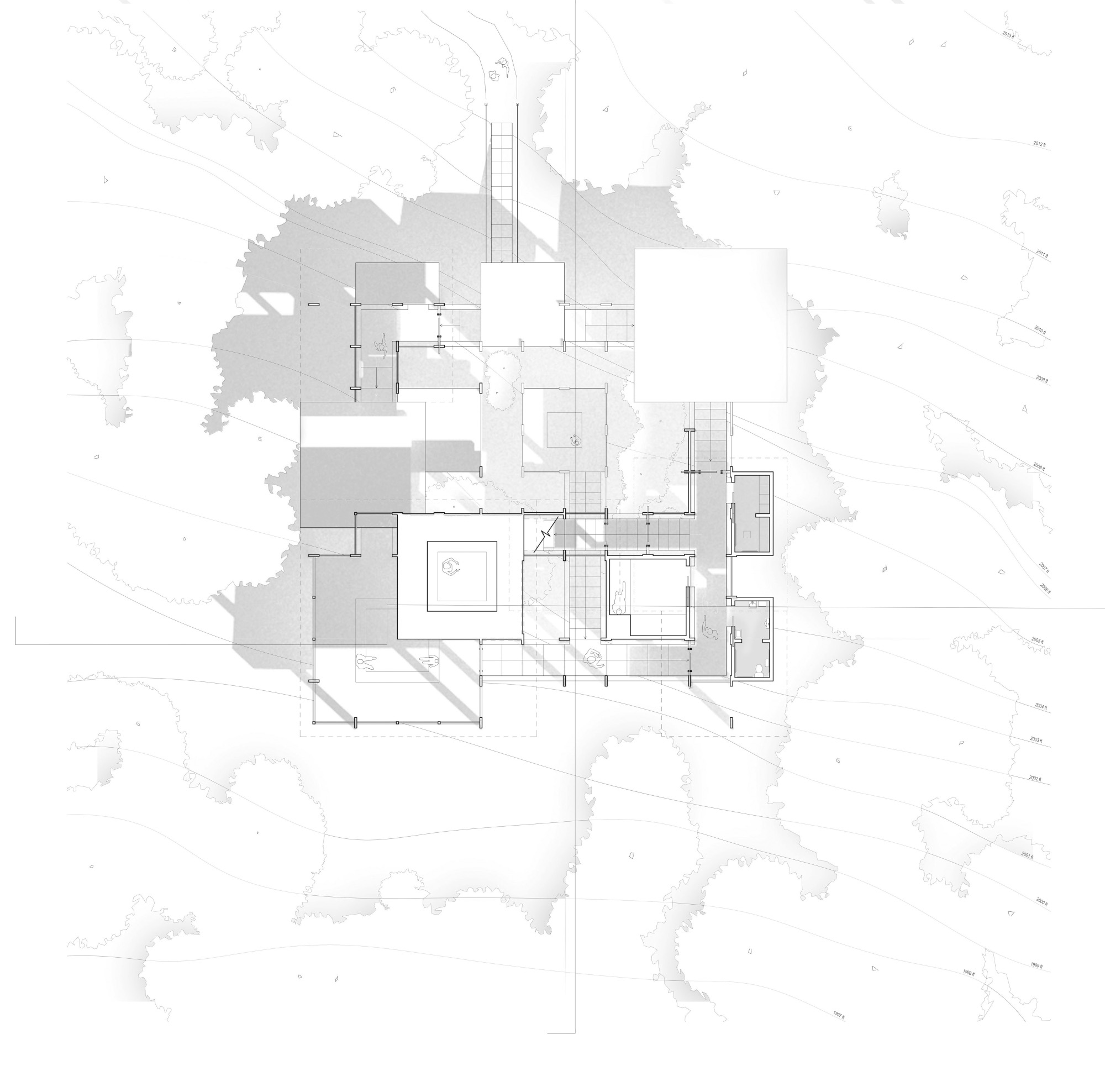 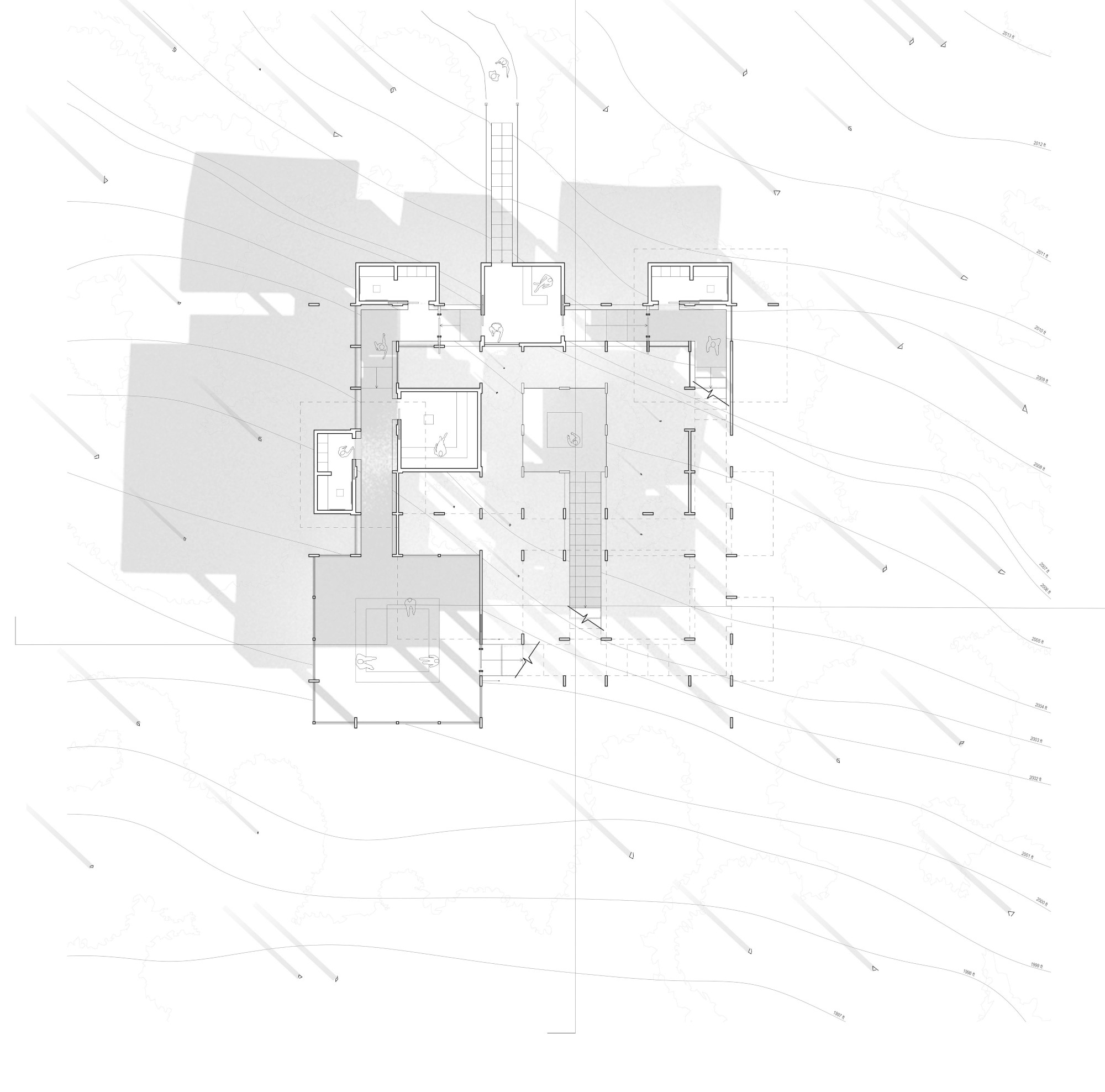 The structure’s partitioning of interior and exterior spaces and bath’s encourages the pairing of hot and cold during the extreme seasons. A visit in the summer grants the patron an ice-cold refresh from the heat and humidity of the outside. In the winter, the bathhouse’s hot pool gives a respite from the chill and the snow. During temperate months, the bathhouse offers a more mellowed experience. Though the seasons affect the sequential experience of the baths the structure frames the surrounding forest year-round. 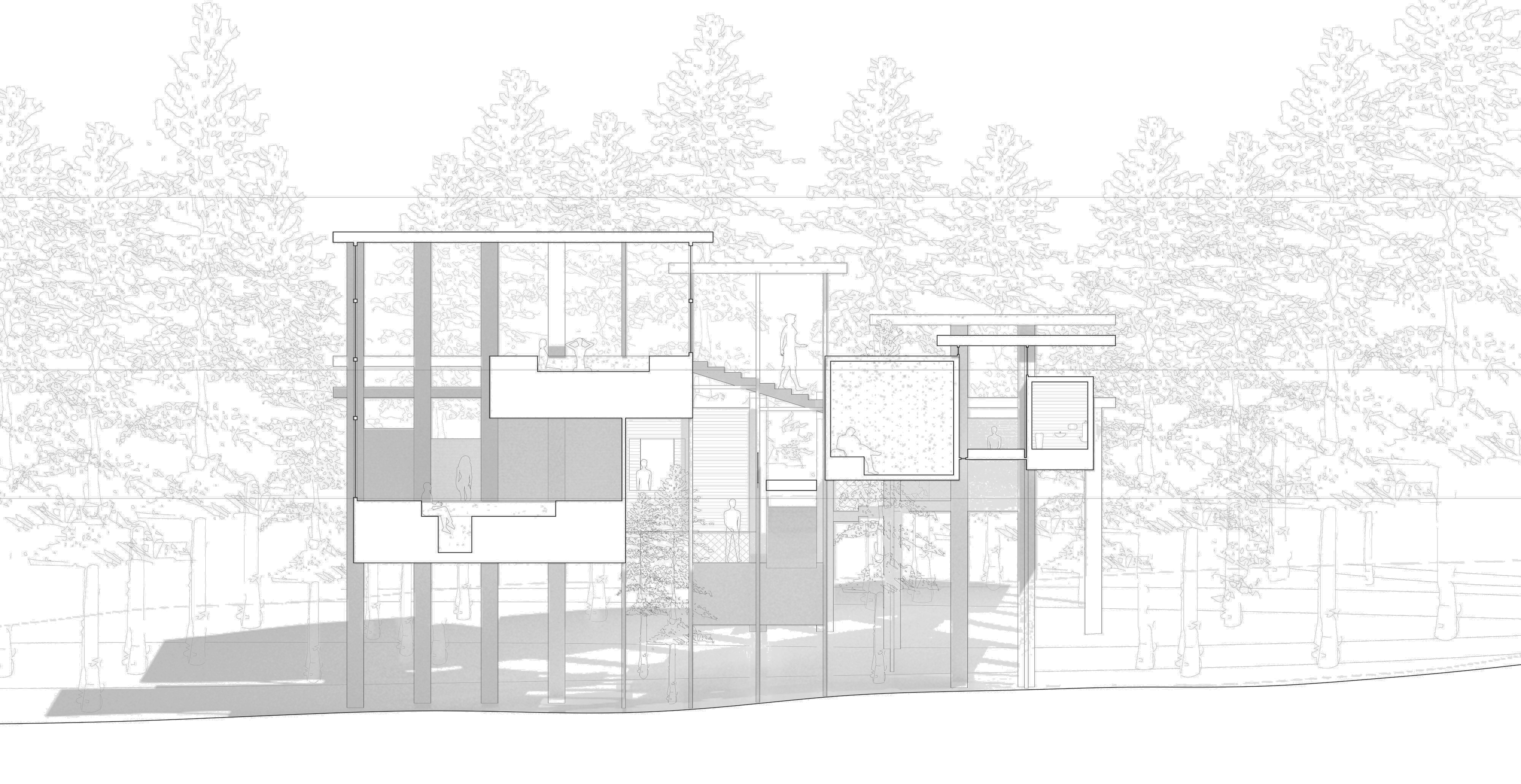 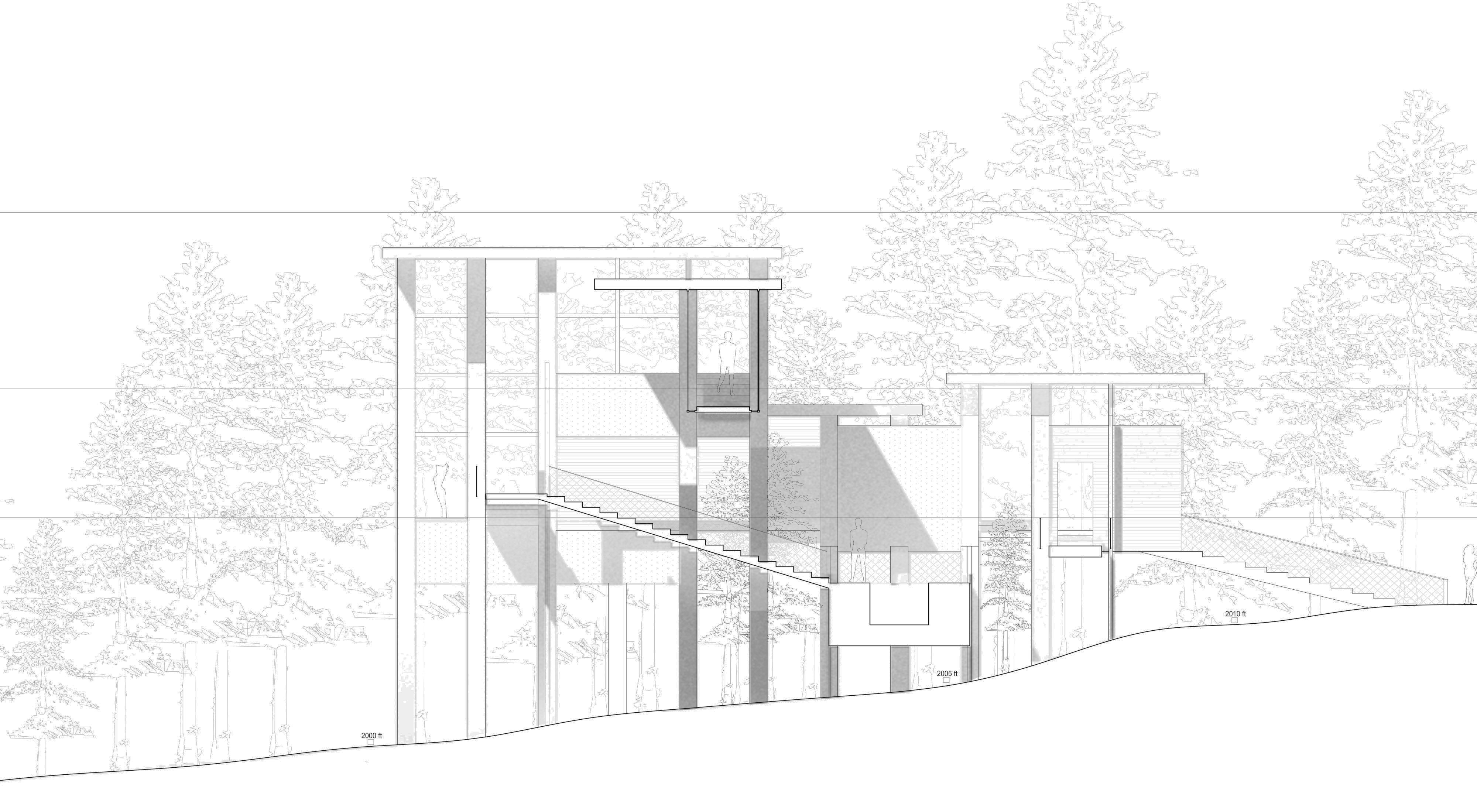 The final structure of the bathhouse was born from a series of exploratory models that, early on, took an affinity towards vertical columns and the grid. The interplay of light and shadow within these models revealed the opportunity to attune to the seasons and greatly influenced the placement and orientation of programmatic elements. Adding the third dimension to the grid and relating the final design to the slope allowed for an array of framed views out into the forest and valley beyond.